On October 18th, 2016 Sheboygan School District Superintendent Dr. Joseph Sheehan fired up a plasma cutter, sending sparks flying as he sliced through a steel ribbon and signaled the grand opening of the Red Raider Manufacturing Kohler / Johnsonville Advanced Technology Centers at Sheboygan’s North and South High Schools. Among its students, the community’s $5 million investment in curriculum and cutting edge industrial grade equipment is already sparking an enthusiastic interest in advanced manufacturing technology and a wide array of career pathways.

Red Raider Manufacturing is the culmination of five years of discussion, learning and planning involving the school district and its surrounding employers. “Some of the skills gap issues in our community were because we weren’t having conversations with our local employers,” said Mike Trimberger, Principal of Sheboygan South High School.

Once the district initiated dialogue with employers the two groups quickly became one, developing curriculum that simultaneously opened up multiple pathways for students and addressed the soft and hard skills that employers believed were absent in the district’s graduates. “We built relationships and curriculum around a mutual understanding of what was important,” according to Trimberger.

While the initial focus was solely on curriculum and pathways, once these were determined it became apparent that the district’s then current technical education labs, described by Trimberger as dark, dungy and dirty, would require significant improvement. One employer even noted that if the district wanted to encourage students not to select a career pathway in manufacturing then “they should come here.” 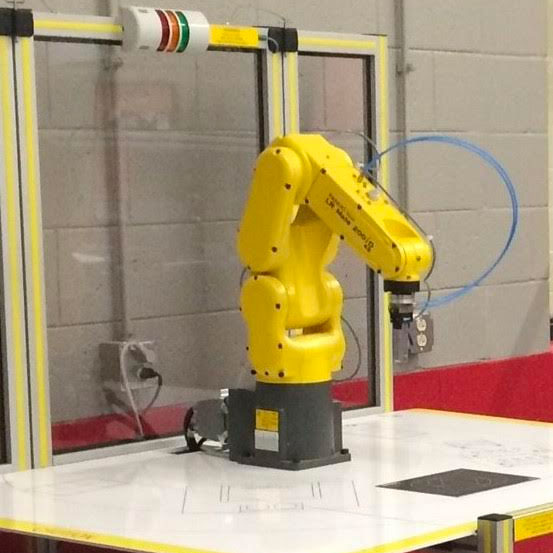 Red Raider Manufacturing utilizes a FANUC LR Mate 200iD Fenceless Certification Cart that can be moved from the Advanced Manufacturing floor to classrooms for use in instruction and hands-on learning on Robot Operation, Safety and Programming.

Rather than independently determining what equipment should be incorporated in the new labs the district relied heavily on its outside advisors, approaching local companies and Lakeshore Technical College to ensure that the new lab not only resembled a modern manufacturing environment but also mirrored the technology utilized by the regional technical college.

Consequently the advanced manufacturing, welding, CNC machining, fabrication and automotive equipment found in Red Raider Manufacturing is a microcosm of local industry and sends the message to students that a new era in manufacturing and industrial careers has arrived. “The kids walk by and see that when we talk about manufacturing careers this is what they are,” Trimberger noted.

One of the most unique aspects of Red Raider Manufacturing is its focus on advanced factory automation technology and skills. “Manufacturing isn’t about screwing three screws into a manifold,” noted Trimberger, “it’s about operating the equipment on an automated production line. Skills like welding and metal fabrication are foundational, we need to take those skills and utilize them to operate and program robots that cross any sector; any area.”

Each high school employs a large industrial style robot that is similar in size, functionality and brand to those used by a large percentage of local industrial employers, in addition to a smaller industrial grade fenceless robotic certification cell that can be transported to and from the manufacturing lab for use in other classrooms.

Trimberger repeatedly espouses the importance of listening to local employers in selecting the right technology. “If you had asked me what robot to buy I would have had a blank face. Instead we went to companies that use this technology and asked them what our equipment should look like. We wanted to incorporate something that resembles a modern manufacturing environment.”

The $5 million investment in Red Raider Manufacturing included Visionary Sponsors Johnsonville Sausage, the Kohler Company and the Muth Family which owns Sheboygan’s Muth Mirror Systems. The school district also stepped up as a Visionary Sponsor. They were joined by 39 other private companies and individuals who supported the effort.

Muth Mirror Systems’ Chairman and CEO Ken Muth offers several reasons for his family’s support of the project. “The reason we felt it was important to be involved in this project was a few fold; our family has been manufacturing in this town since 1947 and community participation is important, we wanted to show younger generations what a next-generation manufacturer looks like as their opinions may be outdated and high schools are a great setting for kids to get hands-on experiences with new equipment and to assist with their career development.” 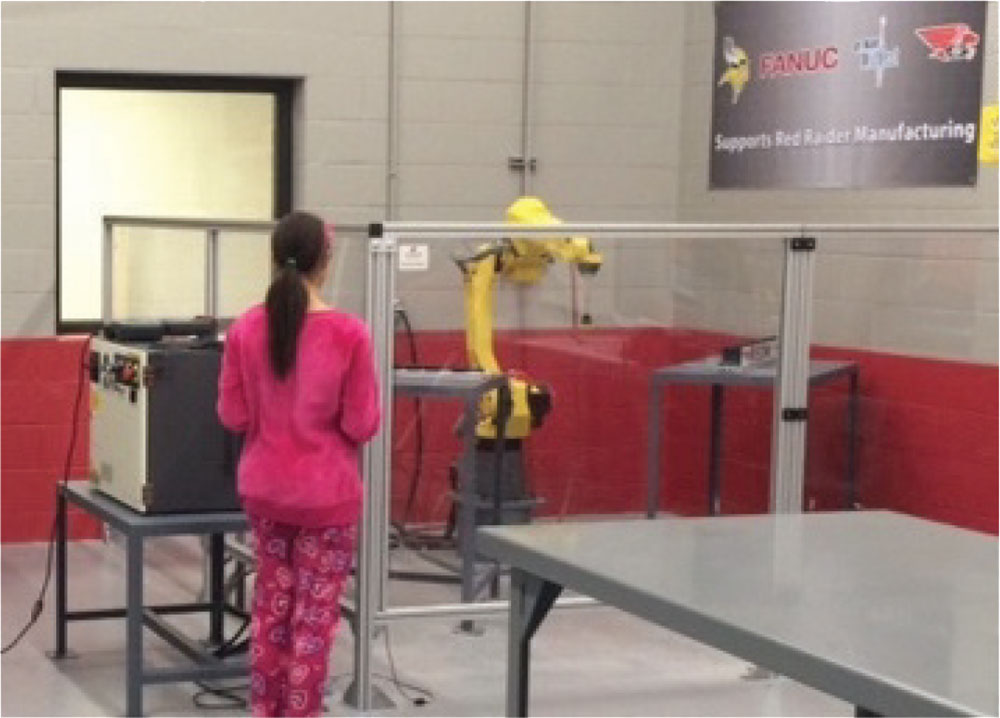 A student at Sheboygan South High School operates an industrial-grade FANUC M-10iA Robot with a teach pendant and controller that are identical to those used by many area employers. Delivering hands-on learning of authentic industrial knowledge and skills are a tenet of Red Raider Manufacturing’s philosophy.

With curriculum and equipment now aligned with career opportunities in industry, the next steps are to ensure that students are taking the new skills and knowledge gained from Red Raider Manufacturing and applying them outside the bricks and mortar of the school. According to Trimberger, there are employers who want to turn students into lifelong learners and connecting students with these employers, though job shadowing, Co-ops – and where consistent with a student’s goals – apprenticeships is a key aspect of Red Raider Manufacturing.

Red Raider Manufacturing’s combination of curriculum, authentic equipment and emphasis on career pathways provides a blueprint of sorts for educators interested in partnering with local industry toward common goals. When asked if he has any advice for districts considering the pursuit of a similar path, embedded in Trimberger’s response lies the true essence of Red Raider Manufacturing. “Don’t go into any of this with a predetermined understanding of what you want to do. Let the process and the relationships build.”