Milwaukee, WI – High school and technical college students from across Wisconsin competed in the inaugural Team Robotics Competition held at the Wisconsin Manufacturing and Technology Show (WIMTS). The competition took place over the course of October 8th and 9th, while attendees to the show were able to watch the teams compete. An awards ceremony took place on October 10th where first, second and third place teams in high school and college divisions were announced.

View the photo album from the event.

The purpose of the Team Robotics Competition was to create an opportunity for students to showcase their skills with industrial robots, particularly in the presence of employers seeking skilled candidates. 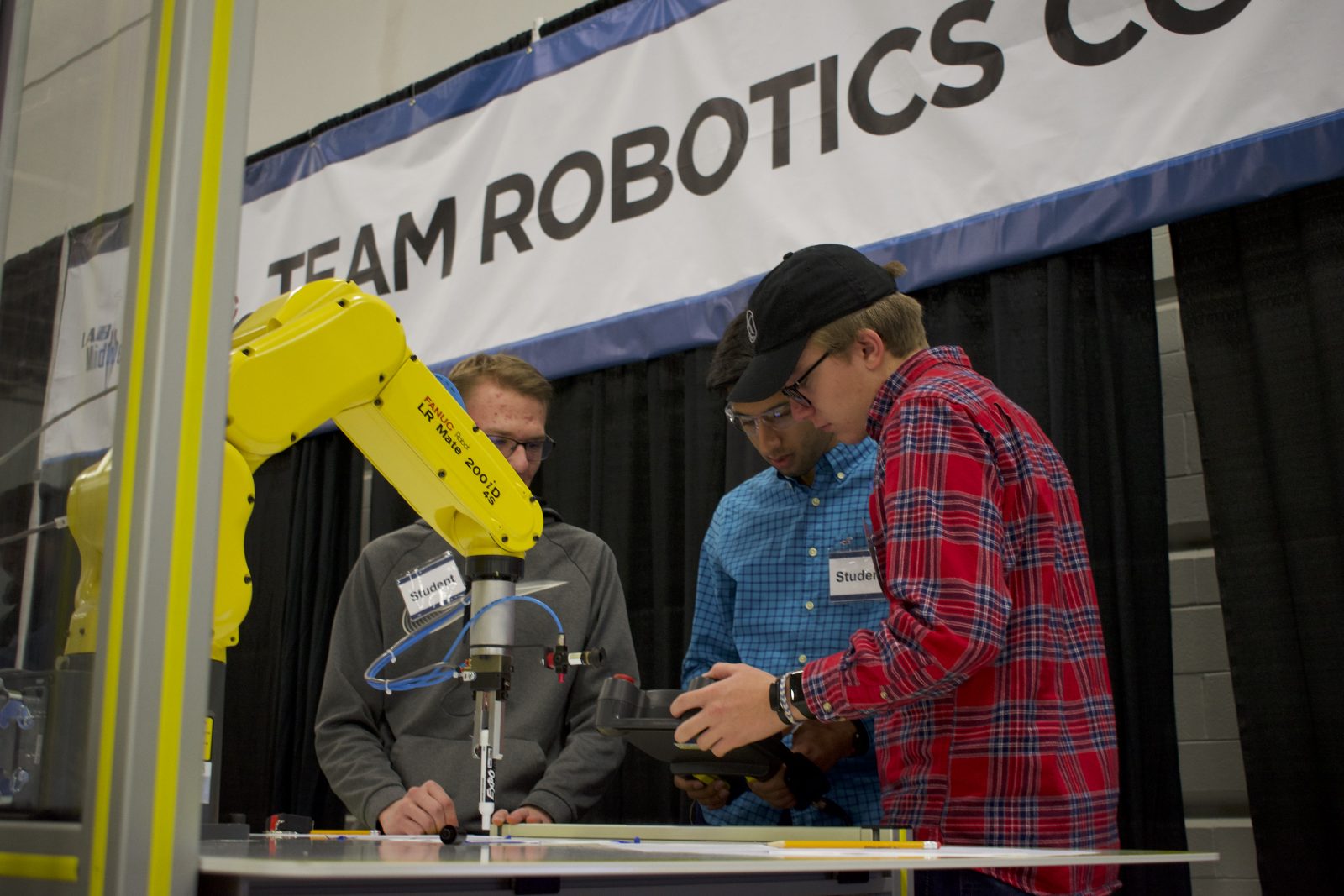 The event certainly did so, impressing spectators and judges with the level of aptitude displayed by the 23 teams. The range of abilities was also unique, from schools with just a few hours of exposure on the platform, to individuals completing degrees in automation.

The competition challenged teams of up to three students to design, program and operate a solution to a proposed task on a FANUC LR Mate 200iD robot. The challenge was open-ended enough to allow teams to be creative in how they accomplished the task. They were also tested on flowchart writing, teamwork, program planning, and robotics knowledge.

The first-place high school team was awarded an all-expense-paid trip to IMTS 2020 in Chicago to be featured in FANUC’s education booth. The first place college team received a FANUC M1iA 4-axis robot for their program. The second and third place teams in each division received $1500 and $750, respectively, toward their automation & robotics programs.

A huge congratulations to the winners, as well as to all who participated in the inaugural competition. The winning teams are as follows: 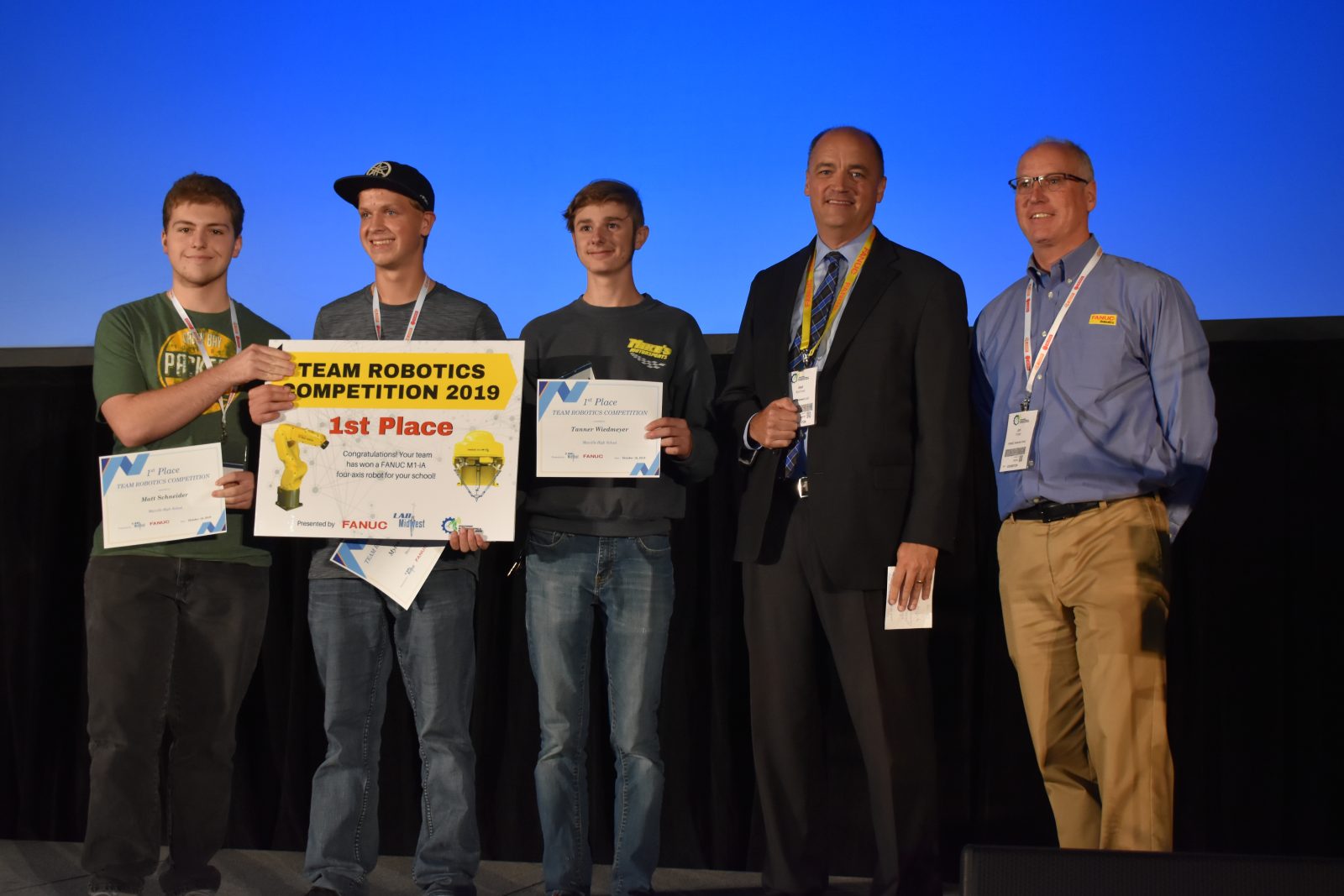 The Madison College team impressed the judges with their creativity and ability to complete the task within the time constraint – the only college team able to do so. And yet, the team made a surprising request in the event that they were to win. 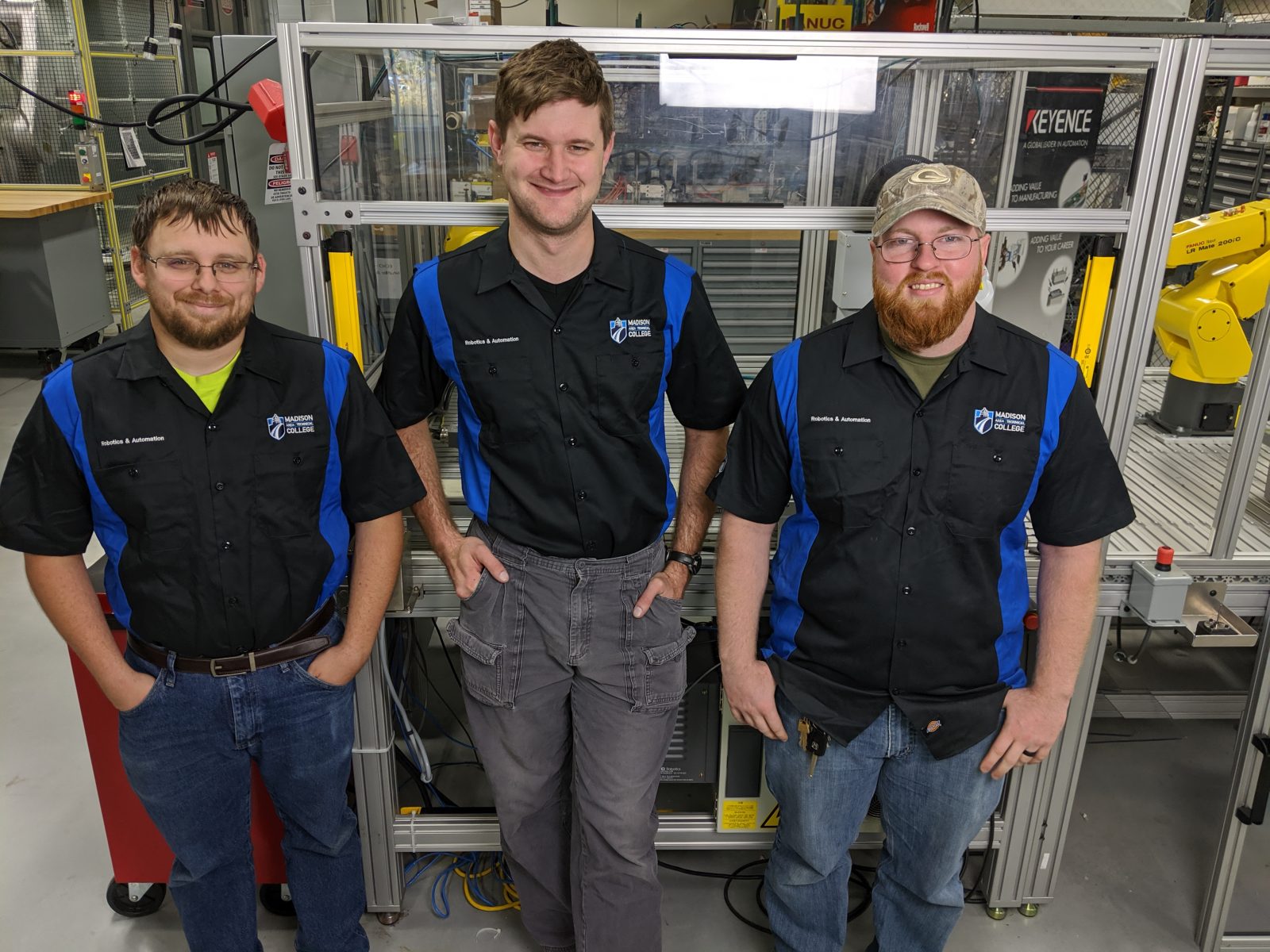 A majority of the teams registered for the event were high schools – this in itself was a surprise to all. Even more impressive was the level of competitiveness brought by the top-ranking teams. These high schoolers showed a command over robotic programming that exceeded expectations.

The Madison College team was also impressed by the up-and-coming programmers. So much so that they elected to donate their prize robot back to the competition, to be awarded to the winner of the high school division.

In response to their generosity, LAB Midwest and FANUC will provide the Madison College team with an all-expense paid trip to be featured at IMTS 2020 in Chicago, along with the Mayville High School team.

Robotics competitions are becoming more popular across the country for students of all ages. But this competition was a groundbreaking new opportunity. It is the first event of its kind where students compete on authentic industrial robots.

Recognition goes to WIMTS hosting the event. Because of the location, thousands of manufacturing employers saw firsthand the capabilities of the next wave of talent.

Thanks also to FANUC Robotics for providing robots and expertise for the competition. LAB Midwest has partnered with FANUC to put industrial robots in high schools and colleges across the Midwest to prepare students for careers in automation.

Lastly, LAB Midwest would like to thank the judges and mentors who helped design the layout and scoring for the competition.