The Complete Guide to Esports for Schools
Posted on

Is your school taking advantage of all the STEM opportunities esports has to offer?

Esports is a fast-growing, multi-billion dollar worldwide phenomenon…and there are limitless STEM opportunities for your students through esports.

In this guide, we’re taking a deep dive into the world of esports – what it’s is all about, how schools are launching teams and even offering scholarships, and the career opportunities in STEM fields that are available inside the world of professional gaming. With a unique academic approach to esports, schools can help their students find community, get great at gaming, and inspire them toward computer science and coding.

Keep reading, or click on any topic below to jump right to it:

The emergence of esports in schools

The academic value of esports: much more than gaming

What career pathways can academic esports lead to?

Esports (short for electronic sports) is organized competitive video gaming. Video gamers (individuals or teams) face off with other gamers playing some of the most popular online video games in organized competitions, leagues and tournaments. And like other team sports, esports is a spectator experience! Crowds pack indoor stadiums and arenas to watch gamers play on large video screens, while virtual spectators can get access to live streams of tournaments online.

Online gaming has been around for a long time, but organized esports is quickly becoming the next big professional sport, with national viewership keeping pace with the likes of the NFL, NBA, MLB and NHL. Here’s some data that might surprise you:

Teams play popular games like Overwatch, League of Legends, Fortnite, Rocket League, Hearthstone and more. In fact, the NBA has its own esports league centered around the NBA 2K game franchise. It hosts a draft similar to the NBA itself, with players drafted to over 100 professional esports teams and attended by NBA Commissioner Adam Silver.

To put it simply: Esports is a global phenomenon that is completely revolutionizing the world of professional athletics, and it’s here to stay.

The emergence of esports in schools

Like any other professional sport, schools are embracing the esports movement and and launching their own esports teams and programs. As of 2021, over 150 universities were members of the National Association of Collegiate Esports. They’re even offering esports scholarships to prospective students. But it’s not just universities. Technical and community colleges, high schools and even middle and elementary schools have esports teams, camps and clubs. (For reference, the youngest professional Fortnite player is 8 years old, and he just earned a $33,000 signing bonus to join a professional team!) 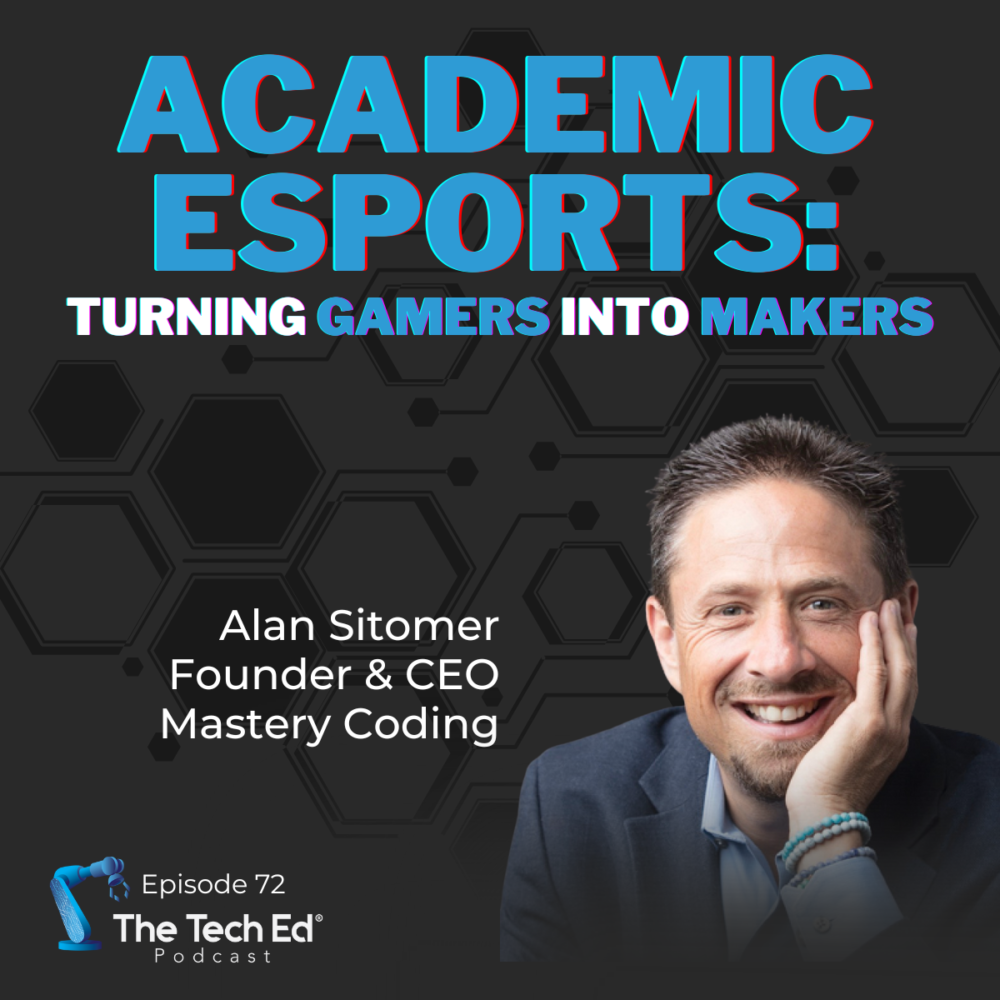 Alan Sitomer is a former California Teacher of the Year award winner and current Founder and CEO of Mastery Coding, a company that is helping schools launch esports teams with an academic focus (more on that in a bit).

Sitomer was recently featured on an episode of The TechEd Podcast, where he talked about the esports movement. He described the way football and basketball first made their way into schools and became so ubiquitous that they’re now a foundational part of our culture. According to Sitomer, this same phenomenon is currently happening with esports:

“We’re in early 2020s. In the 2040s and 2050s, the same traction that baseball, basketball, and football has in the American middle school/high school is going to be equivalent in eSports…Every school in the nation is going to offer something like this for their students.”

It’s a low barrier to entry – schools only need a computer lab, internet access, the games themselves, and a coach who can facilitate practices and prepare the team to compete in live events. Local, regional or statewide organizations often support and promote live events at large local arenas, and teams can even host their own tournaments in their gym, just like a basketball team might. But because all the gaming is done online, schools can even compete against other schools anywhere in the country.

One thing is clear: if your school isn’t already offering esports, you’re missing out.

Catch the full podcast episode below:

Catch the full podcast episode below:

The academic value of esports: much more than gaming

We all know that students who play traditional sports gain much more than athletic skills. They learn valuable life skills like teamwork, communication, discipline, timeliness, grit, and more. These same values are learned through playing on an organized esports team.

There’s also an incredible equity component, since gaming is accessible to students regardless of their gender, age, socio-economic background or race, and it doesn’t create the same barriers for physical limitations that traditional athletics does. In reality, esports meets students where they already are. If your school doesn’t have an organized esports team, your students are still playing video games individually and on teams in their own homes. A school esports program is a great opportunity to bring those students together, give them a place to belong, a team to call family, and a goal to work hard towards.

This is why universities are seeking the best esports players – because gamers tend to be drawn toward STEM fields which are in such high demand in both education and the workforce. As Sitomer notes, “In today’s workforce, students that have literacy in the world of emerging technologies are the most highly prized. Those students overwhelmingly love gaming..they grew up on gaming and video games. And a lot of times their gateway to computer science studies came through the portal of gaming.”

Gamers love emerging technology, are already digitally fluent. Now, schools should be using these passions to ignite a curiosity for computer science, coding, programming and a multitude of STEM disciplines.

As we mentioned, when you offer esports to your students, you’re meeting them where they are and engaging them in what they love doing. But if you follow an academic methodology, you’re giving them a chance to “look under the hood” and learn about how these games came to be – and opening the door for what could be.

Here are a few ways to take an academic approach to esports: 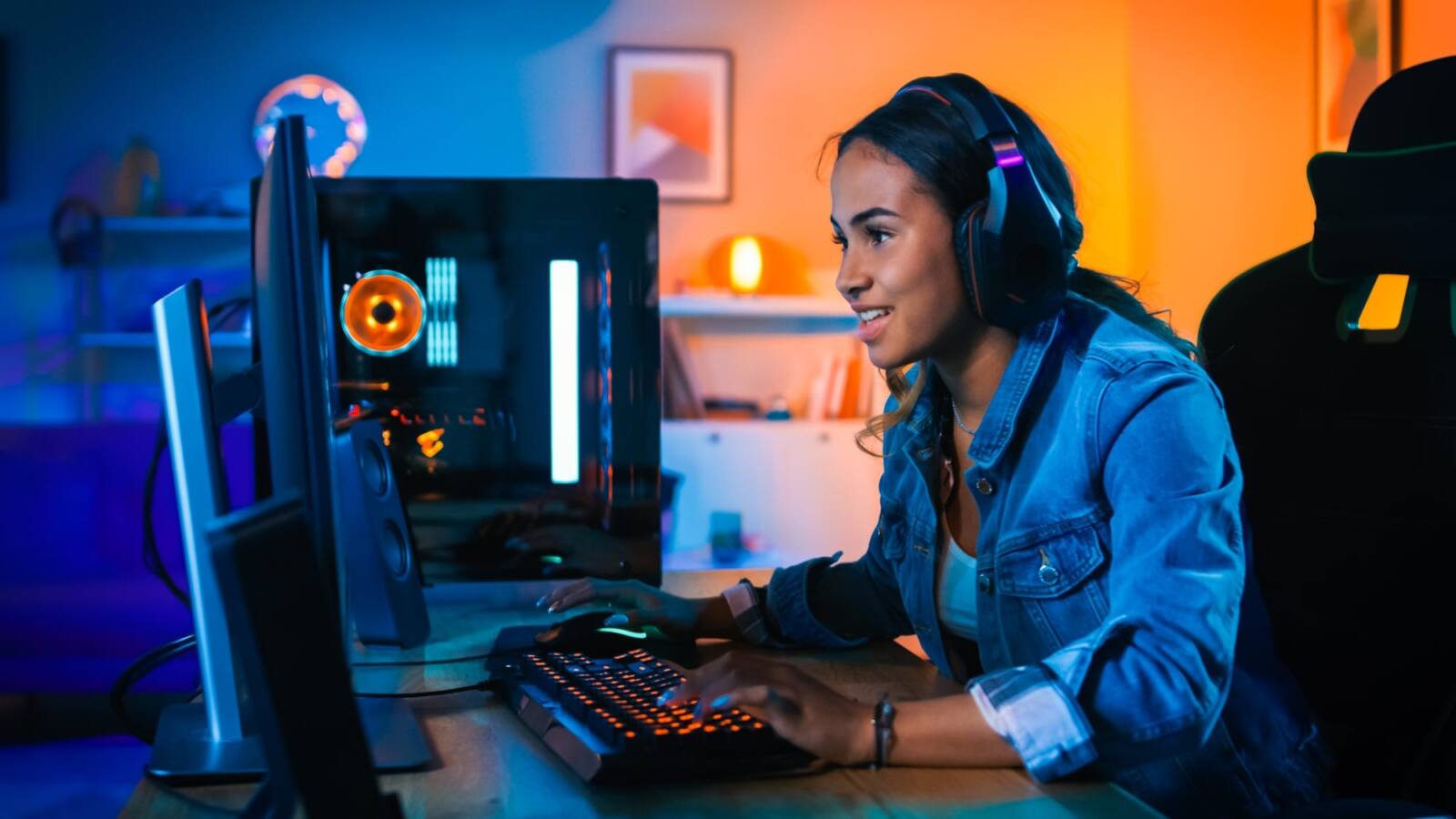 At a beginner level, you can integrate STEAM and SEL learning opportunities into regular team practice time, or throughout esports summer camps and after school clubs. Coaches/facilitators can take a break from gameplay to teach lessons on things like:

This one is fun: provide an elective course during the school year for students to explore all the careers in and around the world of esports. This would be ideal for a middle school, where students are starting to consider what they’re good at and what pathways they might want to pursue. We’ll cover all the different careers and sectors available in esports further along in the article. But in this elective course, you could give students learning experiences that will help them understand:

Not every high school football player will get to play in the NFL. In the same way, not every school esports player will have the chance to go pro. But they can get the skills to find a job in and around the world of esports – a world they’re passionate about. The ultimate goal of an academic esports program is to inspire gamers to take courses in computer science that will equip them with industry-recognized credentials, hard skills and credible pathways to emerging and growing careers in STEM.

Gaming is a gateway to computer science, so take a look at your computer science department and make sure it’s offering what your gamers need to pursue high-demand, high-skill careers:

What career pathways can academic esports lead to? 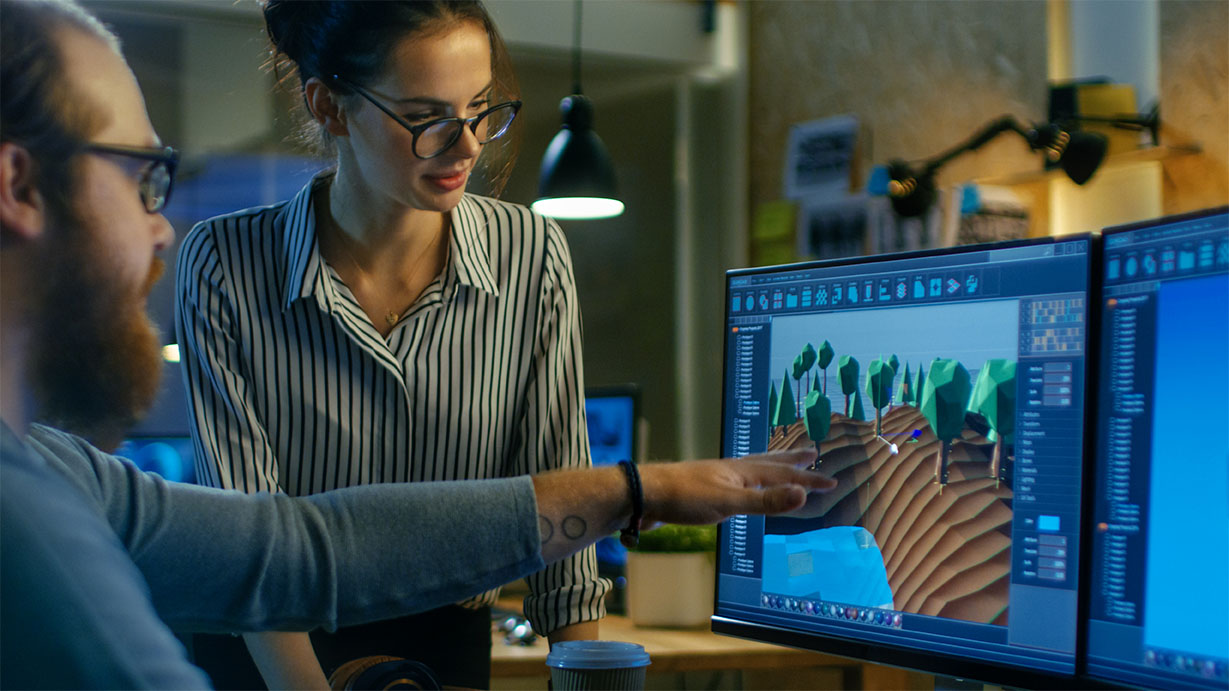 Designing and developing games is perhaps the most natural progression for esports players. The career outlook is strong and growing; according to Indeed, here are some career and earnings potentials in game development:

Students could even become video game testers. They may not earn as much ($27k), but they certainly have a lot of fun on the job! 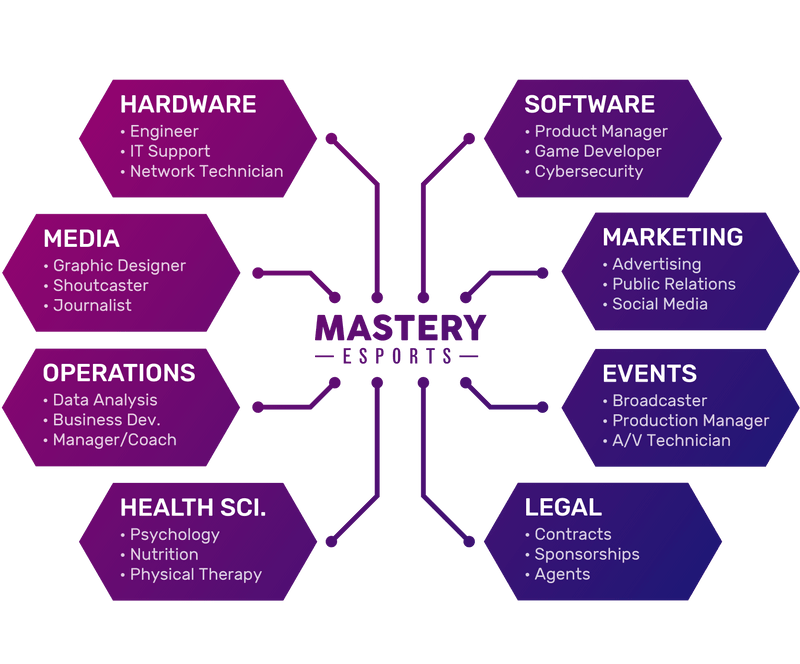 Not every student will want to become a programmer, which is great because the world of esports needs talented individuals in a wide range of disciplines and roles to run the industry. Take a look at the graphic for a breakdown of some of the different career options in esports.

You’ve probably noticed that this list has roles that are necessary for nearly every industry – and that’s the point! With an academic approach to esports, students can launch a career in and around the world they love, and then someday find their way into new industries that value their skills.

Academic esports is for all schools, whether or not you already have an esports team. There are several ways to get started. If you already have an esports program, consider adding academic programming and curriculum around your team practices and events. Or try building out your computer science and programming courses to align with game design and development skills and certifications.

If you don’t have an esports team yet, you can easily launch one with Pathway Esports, which provides the coach every tool needed to get a team up and running, along with year-round training for coaches and instructors. Another option is Academic Esports Clubs and Game-and-Learn Camps, which are facilitated by Mastery Coding’s esports experts. These facilitators tune in virtually, so camps and clubs can be hosted at school after school hours or during summer break. See the resources section below for all the details.

How to launch an academic esports team:

Want to start an esports program? Here are some initial steps:

We can support your school’s esports program with academic toolkits, programming courses and curriculum, and event virtual camps and clubs for your gamers! Let us help turn your gamers into makers.